LOS ANGELES — Chris and Christine Dane had just shut down their restaurant Lucky Bird at the Grand Central Market for the second time due to the coronavirus pandemic when Christine received an unlikely message on LinkedIn.

What You Need To Know

“Hi, this is Elise Wetzel,” the message read. “We’d love to connect with the two of you…”

Christine was shocked. She knew all about Elise and her husband, Rick, and the Wetzel brand.

“Who doesn’t know Wetzel’s Pretzels?” Christine said. “I’m a Jersey girl. I grew up eating it. And here’s the co-founder of Blaze Pizza contacting us.”

Christine immediately sent the message to her husband, Chris.

“Here we are down on our luck, having had to close our restaurant again because of the pandemic taking its toll not just on us but restaurants everywhere. We were exasperated,” Chris Dane recalls. “And then Christine gets this message.”

They immediately set up a Zoom call.

At the height of the coronavirus pandemic, that message turned their fortunes around.

So now, the two power couples partner and embark on a venture to add their “California-comfort food and California-inspired fried chicken” into the highly competitive fried chicken marketplace.

On Thursday, the Wetzels and Danes opened a new brick-and-mortar Lucky Bird at 1627 Colorado Blvd. in Eagle Rock. The original Lucky Bird, founded by Chris Dane in 2018, will remain at the Grand Central Market, but the new 3,000-square-foot second location will offer several new menu items, Dane said.

“There are a lot of things we can do here [in Eagle Rock] that we weren’t able to do at GCM because of the lack of space,” Chris said, explaining how their downtown location is only 700 square feet. “In the Eagle Rock location, we can offer vegetarian dishes and gluten-free items.”

Lucky Bird’s California-style fried chicken isn’t as greasy, oily or packed with breading that you might find at other fried chicken spots. It’s not heavy. It’s a lighter spin on it.

Chris, who grew up in La Cañada and earned his cooking chops at two-Michelin star restaurant Providence, and Connie and Ted’s, said he’s always had a love affair with fried chicken despite his seafood cooking background.

“I wanted to create a homage to fried chicken, something that we can call our own,” Chris said. “There isn’t a Los Angeles or California-inspired-style fried chicken place here. I don’t have an 80-year-old grandmother who passed down her 100-year-old cast iron or secret recipe. But that doesn’t diminish my love for fried chicken.”

Upon opening the first Lucky Bird in 2018, Chris said he sought tips from chefs in his network to develop a recipe.

He uses specialty flour and packs in many citrus flavors, lemon and fresh herb seasonings, such as rosemary, thyme and garlic. The chicken is brined first, then coated in the spice concoction, dipped in buttermilk and dredged again in a fine-ground flour. Finally, the chicken rests before being placed in a high-temperature pressure fryer.

The result is a lighter, crispier exterior crust, Chris said.

“It’s a sort of hybrid fried chicken,” Chris said. “It’s flavorful but not too greasy.” 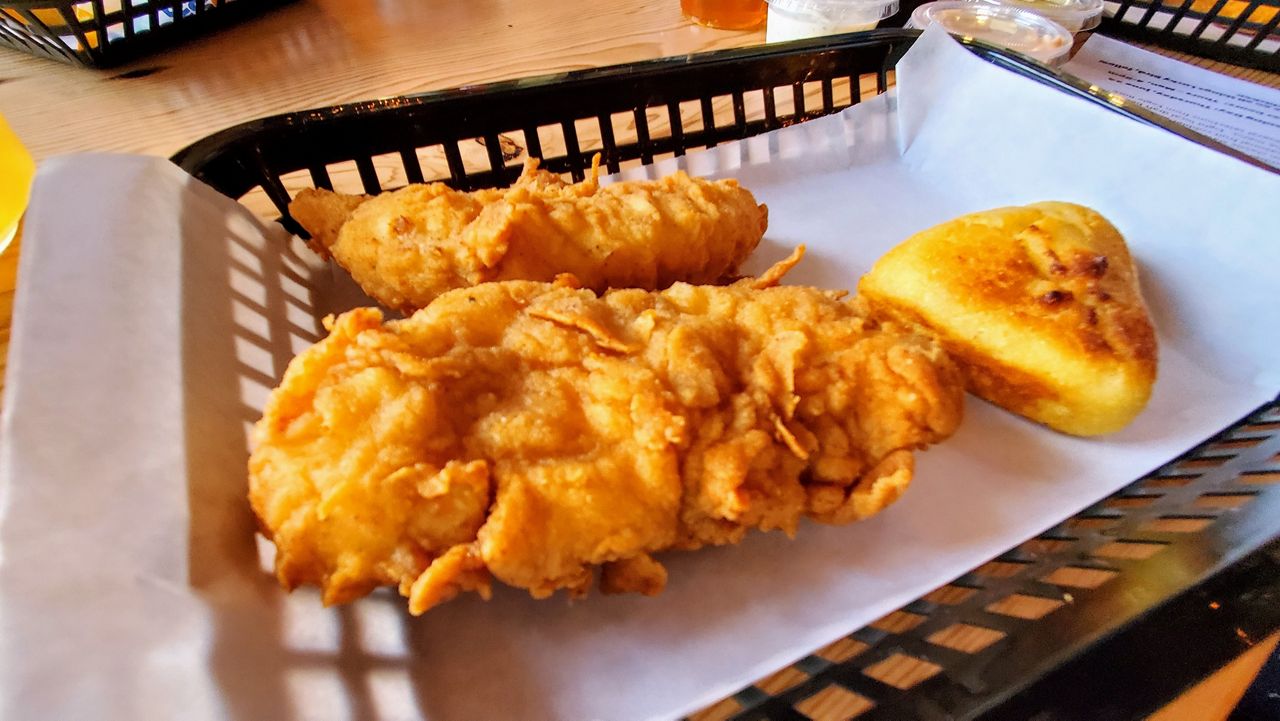 Teaming up with the Wetzels

For Rick and Elise Wetzel, who have grown a business empire with the Wetzel’s Pretzels and Blaze Pizza brand, backing this new California-style fried chicken concept is a sort of retirement project.

And a way to give back.

Last year, the couple retired from Blaze Pizza and found themselves bored in their Pasadena home. The cars were all washed. The elections were over. The pandemic continued, and they wanted to do something more.

These were two high-powered food and beverage professionals with decades of experience and success just sitting at home.

“It was too calm for us,” said Rick Wetzel, 63. “Having lived in a world of doing all of these start-ups, we wanted to help people come back to work and thought we could use our knowledge and Rolodex and help a young chef and his wife with a concept and help them grow it.”

Early this year, the Wetzels bought a 5,000-square-foot building in Eagle Rock and wanted to find a business to fill it.

They looked around at all of the different food and beverage concepts and saw something missing in the fried chicken category. No one was serving high-quality fried chicken in an approachable and casual setting. Instead, the fried chicken sector was either fast food or high-end.

“No one was doing it in the middle,” Wetzel said.

Fried chicken, the all-American comfort food, is having its moment in the sun.

In the past couple of years, the sector has grown tremendously. Fast food restaurants have added or emphasized serving the best-fried chicken sandwich to one-up each other.

In addition, the popularity of Chik-fil-A and Raising Cane’s has soared in recent years. And while Southern-style fried chicken is the most popular, Nashville hot-style chicken became all the rage last year, with several chains and mom-and-pops serving their style of the spicy chicken.

“We eat a lot of fried chicken,” Wetzel said. “Chicken is a growing trend — whether it’s Nashville hot, Raising Cane’s or Chik-fil-A, Roscoe’s, the chicken sandwich wars with Popeye’s, there’s a lot of fried chicken out there. I think we’re moving in that direction where people are eating more chicken than red meat. Of all of the different categories of pizza, burgers or sandwiches, chicken has the wings underneath it right now.”

But Wetzel, who is also an investor in Dave’s Hot Chicken, a fast-casual Nashville hot chicken chain, added, “there’s a great big gap there. No one has taken what KFC has done and elevated it. Not on a fine dining level … but high-quality Michelin-level food in a much more approachable and casual dining concept.”

Once they closed on the building in Eagle Rock, Wetzel said that his wife Elise began looking into all of the different fried chicken businesses and concepts before discovering a small stall at the Grand Central Market in downtown Los Angeles: Lucky Bird.

“She found him at the Grand Central Market,” Wetzel said, adding that they then did their due diligence and research of Chris Dane and Lucky Bird.

Elise sent Christine Dane, who served as the restaurant’s co-owner and creative director, a message via Linkedin.

“We met them and it was like getting married after a blind date,” Wetzel said. “They are absolutely wonderful.”

“We all have defined roles,” Chris said.

Wetzel brought in his designer to conceptualize the brand and the restaurant space.

Lucky Bird has a new retro 1970s style logo of a white silhouette of a chicken in front of a multi-colored California sunset, which symbolizes “a lighter and brighter chicken,” Wetzel said.

Rick is providing his distribution, marketing and agency connections. Elise is teaching Christine the ropes in marketing.

“I’m learning everyday,” Christine said. “I’d sit with her for hours, and I’m catching things I didn’t know about marketing and brands.”

Both couples are shooting to elevate the Lucky Bird brand and take their California-inspired fried chicken concept to the next level.

“We are shooting the bar higher,” Chris Dane said. “We want it to be a step above fast-casual.”

But don’t expect Lucky Bird to be as ubiquitous as Wetzel’s Pretzels and Blaze Pizza in every retail center and mall.

They are taking it slow with this one.

“I’ve said in previous interviews that I only know one speed, and that’s very fast,” Wetzel said.

“We want to secure the brand and position ourselves as the leader in this space,” Wetzel said. “I don’t feel the need to go as fast [as Wetzel’s Pretzels or Blaze Pizza]. I want to let this brand tell us how fast we want to go. If it wants us to go slow, that’s fine. 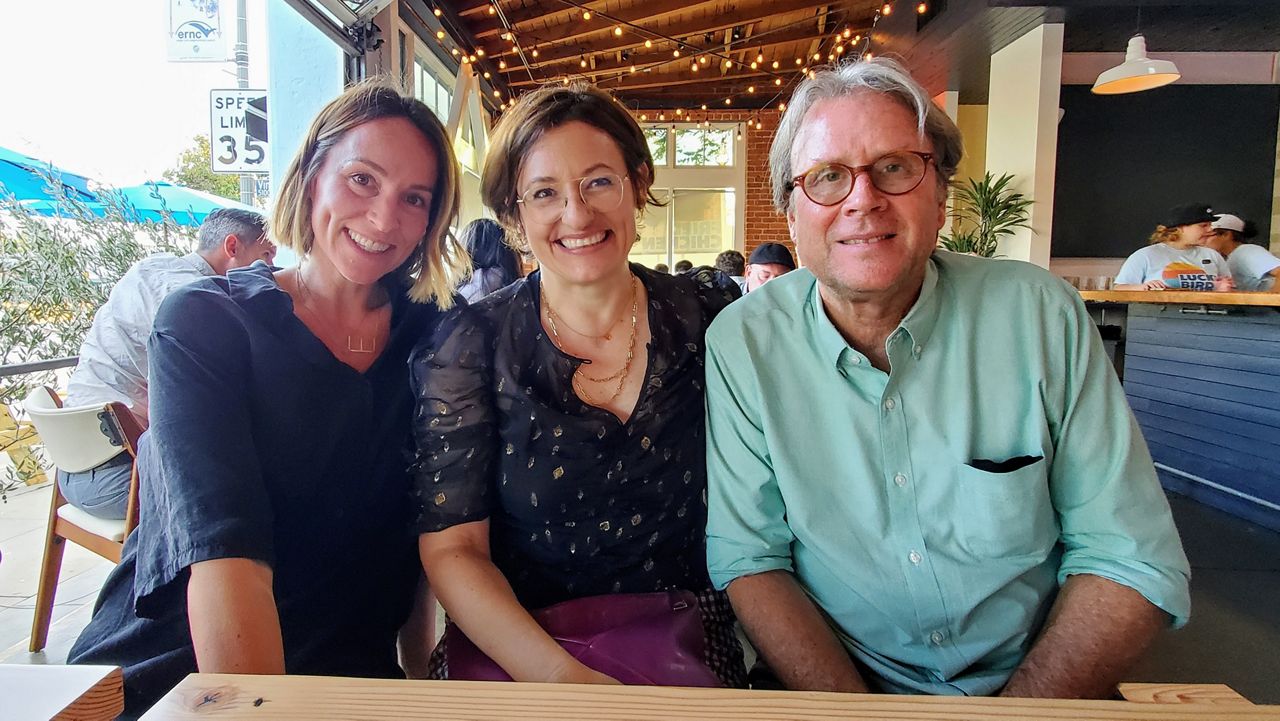 “I want this to be an elevated experience and not just a fast casual place,” he said.

He and his wife mostly wanted to use their knowledge and give back to a new generation of restaurant entrepreneurs.

The goal is to bring a new style of healthy fried chicken into the market.