With immigration from Mexico on the decline, the debate around policy has begun to focus on the “Northern Triangle” countries in Central America: Honduras, El Salvador and Guatemala.

Treatment of migrant caravans at the border, particularly asylum-seeking families with children, became a source of public discord during the Trump administration. With the coronavirus pandemic on the decline and a new president in office people are heading northward again, and apprehensions are on the rise.

Most analysts agree that stemming this flow will require strengthening the economies and institutions of these three complex nations. The next event in Global Atlanta’s Latin American Crossroads series, sponsored by Emory Executive Education, will look at how Georgia companies and nonprofits are contributing to that goal through investment and partnership, driving economic development as the U.S. governments how best to invest in regional stability.

Charles Kuck, managing attorney, Kuck Baxter Immigration
Charles H. (“Chuck”) Kuck is the Managing Attorney at Kuck Baxter Immigration in Atlanta, Georgia. Chuck served as the National President of the American Immigration Lawyers Association from 2008-2009. He also served as President of the Alliance of Business Immigration Lawyers from 2010-2014 and is currently an Adjunct Professor of Law at Emory Law School. He previously served as an Adjunct at the University of Georgia for 13 years for both survey and advanced immigration law classes. He was named one of the top 5 immigration attorneys in the world by Chambers & Partners again in 2020, the “Best Lawyer-Immigration” in Georgia by Best Lawyers in 2020 and was previously named one of the “100 Most Influential Georgians” by Georgia Trend magazine. He has practiced immigration law for over 30 years, has spoken at numerous legal and business conferences on all types of immigration-related topics, has testified in Congress on various aspects of Immigration Law and Immigration Reform, is frequently quoted in the national press, and appears regularly on national and local television and cable news outlets. 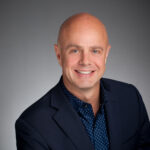 Jim Reed serves as president of YKK Corporation of America, the parent company of the YKK Americas Group. There, he is responsible for YKK’s businesses operating in the western hemisphere, which consists of 16 dynamic operating companies spread across six time zones covering Canada, the U.S., Mexico, Central America, Colombia, Brazil, Argentina and Chile.
Before becoming president, Jim served as YKK’s Chief Legal Counsel. Prior to joining YKK, Jim was in-house counsel for Georgia-Pacific, LLC and also served as managing director of intellectual property licensing for BellSouth (and later for AT&T). He was also an associate at Troutman Sanders LLP in Atlanta, Georgia.

Jim serves on the board of directors of The World Affairs Council, The Atlanta Rotary Club, and the Japan-America Society of Georgia. He graduated from the University of Virginia and the University of Georgia School of Law and lives in Marietta with his wife, Sheri, and their three children. 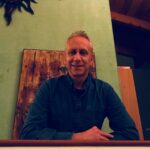 J. T. Way is an Associate Professor who teaches and researches Latin American history at Georgia State University. A Central Americanist, his main area of specialty is 20th- and 21st-century Guatemala, about which he has published various articles and two scholarly books. The Mayan in the Mall: Globalization, Development, and the Making of Modern Guatemala (Duke, 2012) maps the transnational project of development against the activities of the working poor in Guatemala City from 1920 to the new millennium, showing how the largest city in Central America—where shantytowns and humble municipal and street markets abut luxurious malls and wealthy neighborhoods—came to have such stunning contrasts. Agrotropolis: Youth, Street, and Nation in the New Urban Guatemala (University of California, 2021) teams an examination of the rapid urbanization of the agrarian countryside with the history of popular youth culture from 1983 to the 2010s. It shows how youth have used ethnic pride, tradition, pop culture, and “street culture” to challenge the nation’s system of castes and create a popular alternative nationalism, despite—and in dialogue with—the horrible conditions that confronted them.
J. T. has extensively traveled in Latin America since he first explored the region in a 14-month-long backpacking trip in 1991 and 1992, later earning an MA in Latin American History at Tulane University, and a second MA and his Ph.D. (2006) from Yale. He likes to joke that he left to do his doctoral research in Guatemala in 2002 and “never came back,” since he ended up residing in the country until he joined the GSU faculty in 2012. During that time, he founded and led a U.S.-international school and was a Faculty Affiliate of the University of Arizona, teaching undergraduate and graduate courses on Guatemala at CIRMA, the Center for Mesoamerican Research (Centro de Investigaciones Regionales de Mesoamérica, a prestigious social science archive and research center in Antigua, Guatemala). At the time he joined the GSU faculty, J. T. was serving as CIRMA’s Director, a position he held from abroad through the first trimester of 2013. When global health conditions permit, he still spends several months a year in Guatemala, and is currently working on a book on the root causes of the flood of refugees from the Northern Triangle seeking asylum in the United States. He also regularly serves as an expert witness in asylum hearings for Guatemalans and Hondurans. 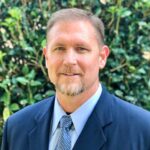 John Burrough, raised in Pinedale, WY, attended the University of Wyoming where he studied Geophysics/Nuclear and Particle Physics. He played for the Atlanta Falcons from 1995 to 1998 and then continued his career with Vikings and Rams. After retiring from the NFL in 2002, he entered the residential construction business in Atlanta. Always involved with Christian missions as a volunteer, John ultimately traded his business career in 2014 answering the call to full-time ministry with North Point Ministries and global(X). Mr. Burrough serves on several non-profit boards including Operation One Voice (serving wounded and fallen US Military Special Operation Forces), Heart for Lebanon (serving Iraqi and Syrian refugees in Lebanon), and he stays connected to the professional athlete network in Atlanta. John, his wife, and two children love to serve together and have participated in mission trips with HOI over the past 5 years.

Mr. Burrough joined HOI in 2019 as their Chief Executive Officer. HOI (formally Honduras Outreach) has been working to strengthen communities through faith and partnership in Central America for over 30 years. HOI’s works alongside communities to help them achieve sustainable transformation in the areas of health, education, agriculture, economic and community development, and spiritual life. 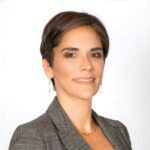 Monica is a Research Faculty in the Economic Development Lab of the Enterprise Innovation Institute (EI2) at the Georgia Institute of Technology. In this role, she leads projects in Latin America and the Caribbean to strengthen regional innovation economies. Her practice areas include applying evidence-based entrepreneurship principles and technology extension concepts for the development of innovation ecosystems that support entrepreneurs and strengthen the industrial base of communities, countries, and regions. She has managed projects for diverse entities such as universities, university business incubators, non-profit organizations, economic development agencies, and the private sector in Puerto Rico, Chile, Colombia, Perú, and Panamá, among other countries.

Monica’s 15-year career encompasses economic development, entrepreneurship education, and private sector management. Prior to joining Georgia Tech, Monica was Associate Director at the Stanford University’s Graduate School of Business (GSB), where she led Stanford Ignite, an innovation and entrepreneurship program. Before Stanford, Monica served as Director at the School of Management of the University of San Francisco, a Jesuit university, leading a portfolio of entrepreneurship education and consulting programs. She also worked as Finance Manager for a boutique intellectual property law firm in California. Monica started her career working as a Systems Analyst for the Tourism Corporation of Margarita in the Nueva Esparta State of Venezuela.

Monica holds an MBA in Finance and Marketing from the University of San Francisco in California and a Bachelor’s Degree in Systems Engineering from Universidad de Oriente, Venezuela.